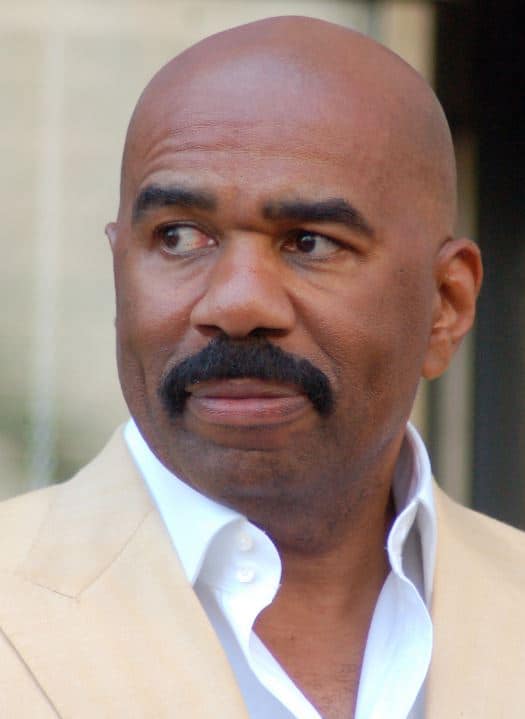 Steve Harvey's best quotes are below...

“Do not ignore you gift. Your gift is the thing you do the absolute BEST with the LEAST amount of effort.”

“A man fishes for two reasons: he’s either sport fishing or fishing to eat, which means he’s either going to try to catch the biggest fish he can, take a picture of it, admire it with his buddies and toss it back to sea, or he’s going to take that fish on home, scale it, fillet it, toss it in some cornmeal, fry it up, and put it on his plate. This, I think, is a great analogy for how men seek out women.”

“There’s no such thing as luck. These are blessings. God endows them upon you. He makes you a blessing to become a blessing.”

“My father told me never to take my foot off a ladder to kick at someone who was kicking at me. When I did that, I would no longer be climbing. While they are kicking, my father told me, I should keep stepping. They can kick only one time. If I continued to climb, they would be left behind. In trying to hurt me, to impede my progress, they would get left behind because they allowed themselves to get sidetracked from their agenda.”

“Women want their love to be reciprocated in the same way they give it; they want their romantic lives to be as rewarding as they make them for their potential mates; they want the emotions that they turn on full blast to be met with the same intensity; and they expect the premium they put on commitment to be equally adhered to, valued, and respected.”

“One of the biggest misconceptions that a woman has is that a man has to accept her the way she is. No, we don’t. I don’t know who told you that. We like the bright and shiny. If you stop wearing the makeup, stop putting on nail polish, stop wearing high heels, you’ll lose us.”

“What you want most out of life is the thing you have to give the most of.”

“Procrastination will delay your change! Today is a very good day to change. Don’t let YOU stop yourself from growing!

“Failure is a great teacher, and I think when you make mistakes and you recover from them and you treat them as valuable learning experiences, then you’ve got something to share.”

“If a man loves you… he’s willing to profess it. He’ll give you a title after awhile. You’re going to be his lady, his woman, his fiancee, his wife, his baby’s mama, something.”

“But remember what drives a man; real men do what they have to do to make sure their people are taken care of, clothed, housed, and reasonably satisfied, and if they’re doing anything less than that, they’re not men.”

“Good luck to both of you…Miss Universe 2015 is — Colombia! …OK, folks –There’s — I have to apologize. The first runner up is Colombia. Miss Universe 2015 is Philippines! …Listen, folks, let me just take control of this. This is exactly what’s on the card. I will take responsibility for this. It was my mistake. It was on the card. Horrible mistake, but the right thing. I can show it to you right here. The first runner up is Colombia. It is my mistake. Still a great night.” Notable businesses and organizations with offices in West Virginia